pdfFiller is not affiliated with any government organization 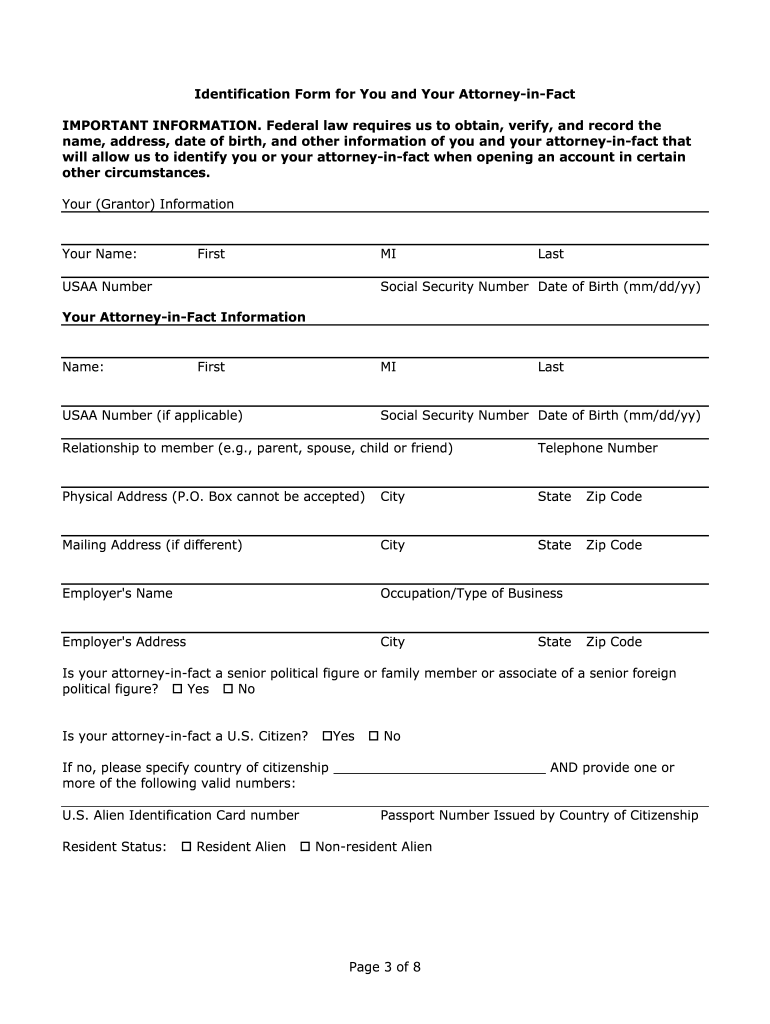 Get the free power attorney form

Get Form
Show details
Hide details
It is important that you return the completed USAA POWER OF ATTORNEY form and the Identification Form by sending it to USAA Power of Attorney Processing P. The use of this form is limited to USAA business only and would not be considered a general power of attorney. USAA may request a separate power of attorney form for real estate transactions. Options and Margin Trading Privileges. This USAA POWER OF ATTORNEY form will be accepted by all USAA companies for most business transactions with...
Get Form
Fill blank power of attorney form: Try Risk Free

Get, Create, Make and Sign usaa power of attorney forms
Usaa Power Of Attorney Form is not the form you're looking for?Search for another form here.
Comments and Help with usaa power of attorney pdf
Video instructions and help with filling out and completing power attorney
Instructions and Help about usaa forms
Today we're going to fill out a general power of attorney form ad from the website power of attorney form com so to start this is the general power of attorney from this notice in the beginning on page 1 just lets you know what the whole form is about just standard attorney language to make sure that you're protected if you try to use this power of attorney form so to get started the first blank is the name of the person granting power or otherwise known as the principal which would be the person as it says granting power to someone else so let's just use the example here a little slow Johnny Appleseed and the street address is 1 2 3 Apple way of course these are just fictitious addresses the city of the principle will have them live in apple Villa state let's just use Kansas now here is where in this blank where you're going to write in the name of the agent or attorney in fact and what that is the person that's going to be handling your affairs you're handling your power of attorney we'll say, so we'll just use Johnny's wife and Appleseed I don't know if that was really his wife's name, and we'll hope she lives at the same address city Ethel bill state Kansas and so BO is just a couple of things that you can click that authorize the agent to have power in that suggested area so if you want her or that him to have power for your real estate transaction you just go down and click we'll skip the banking we don't want her to have banking authorization we just basically go down here and click down I mean it would make sense I would, I'm sure for you to pretty much have this all clicked, but you know everyone's different so would you just go down and now this is where if the attorney fact me above is unable or unwilling to serve so say Johnny Appleseed's wife is not able to act in his presence because he's not there, and you need a backup attorney in fact or agent excuse me this is where you would have your backup agent just in case you just never know say you're in the hospital and Anna gets in a car accident on the way, so we're going to use Johnny apple seeds brother Michael Appleseed and you know we just write his street address city state it's pretty much the same generic stuff, and we're going to date this to this date and this again is just for Johnny Appleseed to understand exactly the agreement that he's signing, so you just write your name the 7th day January and you would just know once you and then once you have some people do electronic signatures, but I would suggest that you print this out and sign it in some states you're going to have to check and see require two witnesses or a notary some states require just a notary some states it depends on the state that you're living in remember power of attorney forms are under the state laws not federal laws, so you had to go to your state and find out where it is, but this is just for you to print the name of the witnesses who witness the agreements or this agreement and some states ask you...

File not found
The requested file was not found on our document library
Find the right form for you and fill it out:
durable power of attorney form texas 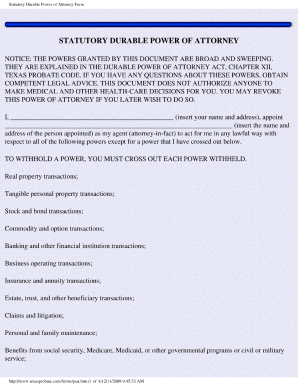 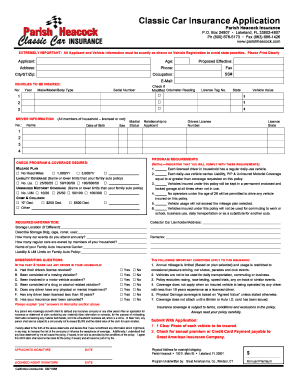 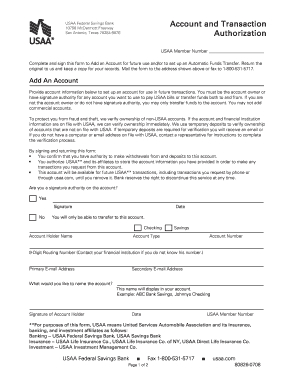 Search results
No results. Please check your spelling or try another term.
Not the form you were looking for?
Related Forms
durable power of attorney form texas