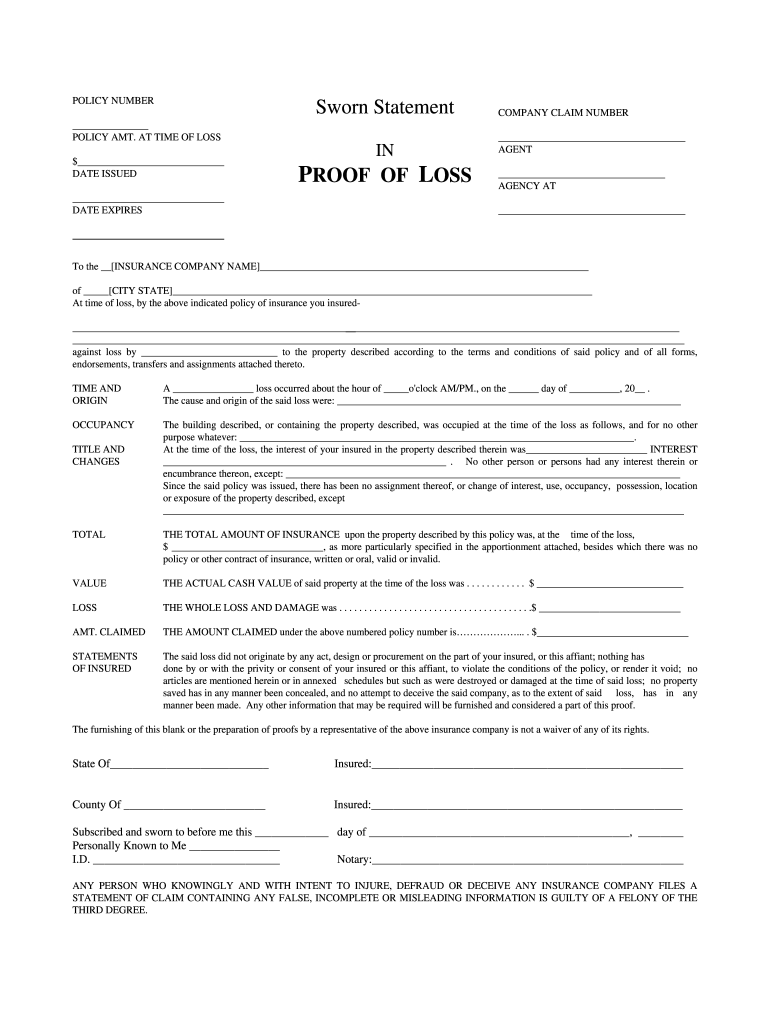 Get the free how to statement of loss form

Get Form
Show details
Hide details
POLICY NUMBER Sworn Statement POLICY AMT. AT TIME OF LOSS DATE ISSUED DATE EXPIRES IN PROOF OF LOSS COMPANY CLAIM NUMBER AGENT AGENCY AT To the INSURANCE COMPANY NAME of CITY STATE At time of loss by the above indicated policy of insurance you insured against loss by to the property described according to the terms and conditions of said policy and of all forms endorsements transfers and assignments attached thereto. Any other information that may be required will be furnished and considered...
Fill proof of loss: Try Risk Free

Get, Create, Make and Sign statement of loss
Insurance Statement Proof is not the form you're looking for?Search for another form here.
Comments and Help with proof of loss template
on the fourth day of June, 1912, and the casualty claim report says that the loss occurred in the City of Chicago. You will notice the time stamp as recorded on that claim report. The time is the date of loss. The loss occurred at 9 o'clock AM, Sunday, June the fourth, 1912. The casualty claim report will be located after I go to the city hall to get copies for submission to the Insurance Com- mission in Chicago. .I have been advised by The City of Chicago to take your claim, and that I have the responsibility for a loss resulting in the injury or death of any of my employees, and for other losses. .I have been warned that as a policy holder, I could be required as a matter of course, and upon submission to the insurance commission, to pay for your loss, and that the costs would be your responsibility in accordance with the policy of insurance. I will ask my insurance agent to forward your claim to the Insurance Com- mission if this policy is in force. I am not aware that it is. .. .Your faithful and obedient servant, JOSEPH L. LEONARD, Agent, Insurance Department. INSURANCE DIVISION 535 NORTH PARK Avenue, Chicago. IL 60614 (847) 845-2340 THE INSURANCE COMPANY OF THE UNITED STATES INSCRIPENTIAL PROFESSION IN AFRICAN-AMERICAN SLAVES The State and National headquarters of the Insurance Company of the United States. CTA TRANSIT NEWS July 20, 1969 • The new fare policy is sure to be controversial, as fare evasion is a huge problem as far north as the Carolinas and south as the Mississippi Delta, where some motorists regularly violate the three hour limit, even in high traffic areas. As you turn south on CTA to Oak Park, stop at the fare control before entering Oak Park station. Take note of what the attendants are talking about: "We have an enormous amount of people coming to CTA to circumvent the fare policy," says Dan Koval, the head of the fare-enforcement division. "One out of every two cars is stopped every trip. We've stopped five million a year so far." As for the new fares, the company was careful to say it's a temporary solution to address the root problem as opposed to a temporary "fix." "The problem is too big and too complex to think of the solution by cutting corners," says Koval. "Our fare policy is aimed at the three
Video instructions and help with filling out and completing how to statement of loss
Instructions and Help about sworn statement in proof of loss pdf form
The sworn statement and proof of loss looks like one single piece of paper that one single piece of paper is very important if you don't file it properly or if you don't file it in a timely fashion the insurance company can deny your claim therefore you need to contact an attorney or a public adjuster in certain circumstances who can assist you in telling you what is actually being asked for on the sworn statement and proof of loss
Related Content - insurance statement proof

What Schedule C (Form 1040) Is & Who Has to File It in 2019 ...
Department of Accounting and General Services | Frequently Asked ...
Or you can use the fillable form, Request for Statement of Self-Insurance form ... The Report of Loss or Damage to State Property form (RMP-001) should be ...
Proof Of Loss In An Auto Accident | DMV.org
Many car insurance companies also require written statements or sworn proof of loss within a certain period of time. General information that you must provide to ...

In this catalog, you can get the most frequently used insurance forms, including life, health, home, pet, property insurance requests, and agreement templates. Find the one you need, fill it out in our editor, and easily e-sign it online. After that, save the form, print it, send for signing, or email it to your agent right from your browser.

Stop wasting time in search of a specific real estate form. We’ve collected them for you in the catalog below! Find buyer questionnaires, land purchase offers, lease and sublease agreements, rental and home insurance applications, and many more. Quickly complete and e-sign any template using the editor, then download, print, or send it for signing.

Documents included in the forms package:schedule c and other forms

File not found
The requested file was not found on our document library
Find the right form for you and fill it out:
Form Y-203 - Department of Taxation and... 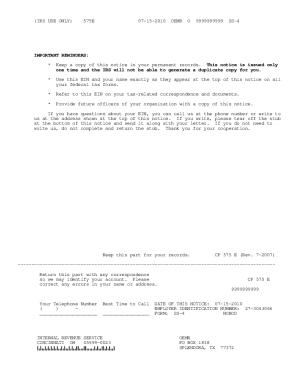 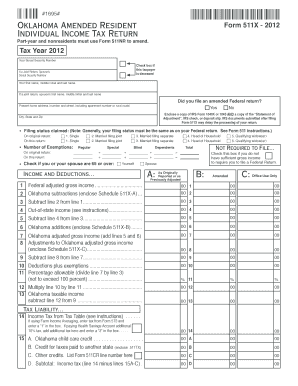 Search results
No results. Please check your spelling or try another term.
Not the form you were looking for?
Related Forms
Form Y-203 - Department of Taxation and...