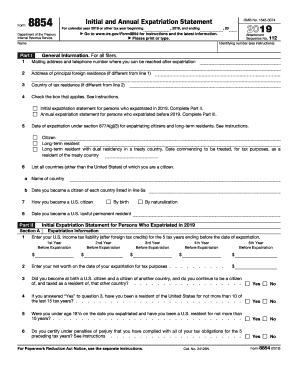 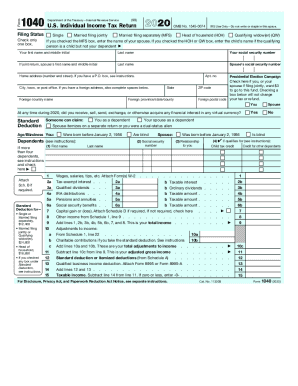 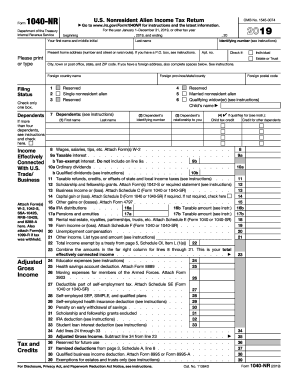 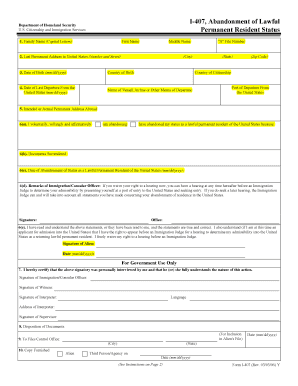 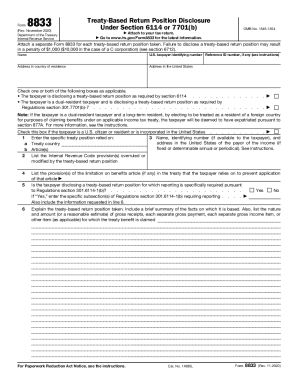 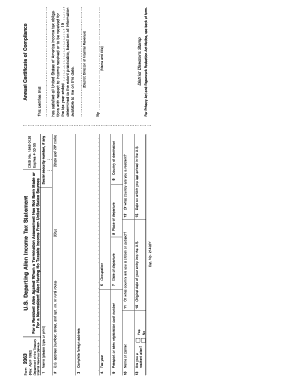 The templates you get with the Expatriation Tax package

Submit and share the Expatriation Tax package online with pdfFiller. Get all the templates missing from your workflow all at once, and also save money with exclusive package offers. You can also pick one or several separate forms from a bundle if needed.

Form packages in pdfFiller are manually grouped and include the most popular paperwork cases such as tax submission, various applications, and agreements. The forms from the package are organized for every particular use case. Simply fill out them using full-featured editor, e-sign digitally, and stay compliant with industry-leading security standards.

To start working on the Expatriation Tax forms package, click the Fill Now button on one of the templates. You will be instantly taken to the editor. To make the completion process easier, follow the Wizard tool's tips. This tool guides you through the document and displays the information you need to fill in. Active fields are highlighted with white and marked with an arrow and pop-up hints, so you will not miss it. After you finish a form, click Done and proceed with other forms in the package.

More In Forms and Instructions Expatriation tax provisions apply to U.S. citizens who have relinquished their citizenship and long-term residents who have ended their residency (expatriated). Form 8854 is used by individuals who have expatriated on or after June 4, 2004.

Form 1040NR is a version of the IRS income tax return that nonresident aliens may have to file if they engaged in business in the United States during the tax year or otherwise earned income from U.S. sources throughout the year.

I-407, Record of Abandonment of Lawful Permanent Resident Status. Use this form to let us know you are voluntarily abandoning your status as a lawful permanent resident (LPR) of the United States.